This is part 3 of my deep dive into my Dad’s death in 1988. If you have not read that yet please go here to read about Part 1 My Dad’s Death and Part 2. If you don’t some of what I am saying in this post will not make sense. I am exposing more family secrets. Things we don’t talk about. Bury it deep down inside and never mention it again. Well, I am here to speak my truth about all the “family secrets”.

For the sake of your eyes. I split last week’s YouTube video into 2 blog posts. It has been a wild and crazy ride. It is crazy to think that this next event happened and it sounds like I am making it up but gods honest truth this is the shit I dealt with growing up. Just one thing after another.

The villains of our story

The next event was also something we really didn’t talk about. Just another one of the family secrets. But growing up my mom drilled into my head that my grandparents were horrible people. That they were the villains in our story. Sometime after my dads death my grandparents came down for a visit. And they kidnapped me. But when my mom would tell this story she made it seem like it was without her knowledge and I was up there for years. So because of this she distanced herself and basically hid me from my grandparents for a long time. I am one of the hidden family secrets to the Pugh family.

When I met up with my Grandpa in Fort Lauderdale in 2016 We were sitting on the porch and he apologized to me for what my grandma had done. He said it then and still says it now. I had to do what my wife wanted. To me confirmed my mom’s story, but the conversation didn’t go any further than that. I accepted his apology and continued to have an amazing visit with him.

Fast forward back to 2021 When talking with my aunt she said that my grandma and grandpa had permission from my mother to keep me for the summer. For 3 months they would be able to keep me. What my mom didn’t know was that they were working to get custody of me. My aunt said somehow my mom found out came up from Florida to Mississippi in the middle of the night came and got me after being there for a month.

She said I was there long enough for them to potty train me. I said I remember that because you guys used to make me sit on the toilet backward which I thought was weird. (don’t worry guys I sit the correct way on toilets now)

I also remember them having a thing for the gold dial soap. Any time I smell it I get taken right back to my backward toilet sitting days in Mississippi. Ahh, memories.

So when I was on the phone with my grandpa asking questions about my dad he brought up this incident and says wholeheartedly that NO they DID NOT have permission from my mama. They came down for a visit shortly after my dad’s death and asked to spend the day with me. They were going to take me to the store to buy me clothes and just soak up all the time they could have with me.

My mom said yes. So they took me to buy all new clothes went back to my grandpa’s brothers house in Hudson where my grandma proceed to change my clothes.

Grandpa says that his brother asked him if they were going anywhere. To which he replied, “No, not that I know of”. Uncle Junior said, “Oh, it looks like your wife is looking to go somewhere”. Again he replied, “No she is just putting the new clothes on the baby.”

When they left to “bring me back to my mom,” grandma said, “Okay Let’s go home. we’re going home”. My grandpa did what she said, but kept telling her the whole way to Mississippi “You can’t steal the baby”. And her reply was “I am not stealing a baby. I am taking MY granddaughter”.

Grandpa says I was up there for 35 days and if my mom would have waited one more week to come get me they would have had custody of me.

Either way, I have questions???

But it still raises the question why did it take her so long to get me. 35 days…

There is a part of me that thinks she was just going to let my grandparents keep me. It was one less mouth to feed, but then she found out she would get a social security check for me that was a good chunk of change. She was getting a little bit for all of us… herself, my sister, and my brother. I was getting the most because I was a toddler.

The only reason she came for me was to get that bread. That cheddar. That dough!

When I told my cousin all of this she said she remember all this happening and my Aunt Karen decided she wanted to try and get custody of me as well and she discussed it with her husband but nothing came of it.

Because of the little stint, they pulled my mom kept me from them for years. It was just another one of the family secrets that we did not talk about.

Until one time I was 15 and I got a call from my Aunt Marty. I asked her how they got my number and she said she got it from my sister. She had the same house number for a bajillion years. She said they were down in Florida and would love to see me. I of course had to ask my mother. So I told her I would ask and call her back.

I called my mom at work and told what was up. She screamed at me as if it was my fault. Asked how they got my number. Told her my sister gave it to them. And said no I couldn’t go.

I said… “Mom I am old enough now to know the difference between coming home and going to Mississippi. I have a cellphone now I can call if something feels off.”

So she said okay. They came and picked me took me to the mall bought me my first pair of vans and a gift bag of Victoria Secret’s love spell. We went back to my Uncle Juniors house where I got to me my cousin Mary. My aunt Marty’s daughter. We got to pet the neighbors horses. I remember having such a good time.

Since that time I have kept in touch with them on and off till the present day. It sucks not being as close to them as I should be. Because when I started this journey back in 2008. I wanted more family.

The effect it had on me

It sucks that my mom became so paranoid about my grandparents that she kept me hidden for so long. We moved so many times growing up. I couldn’t tell you ll the places we lived in Pasco county.

It just sucks that I missed out on having more family to love me. Who obviously really wanted me. Because at times I really felt like my mom didn’t want me. I don’t think she liked me probably because I remind her of my dad.

Every person I talk to that knew my dad says I sound or act just like him. Grandpa called me a straight shooter no-nonsense straight to the point and my daddy was just like that.

My mother and I did not get along. And apart of me thinks if my grandma would have asked me at 15 if I wanted to come live with them I probably would have said yes.

But that is the end of my father’s story but we may have to re-visit sometime in the future. But now the story begins about my mom and all her other husbands and boyfriends. Let’s talk about more family secrets.

Exploring my dad’s death is not over but it is at a standstill right now till I talk to his friend, get his military records, or if anything else pops up. If you want to watch the videos you can find them on YouTube or listen to the podcast on Anchor.

Until Next Time, Have A Great Day!

24 thoughts on “Family Secrets: I Was Kidnapped As A Child” 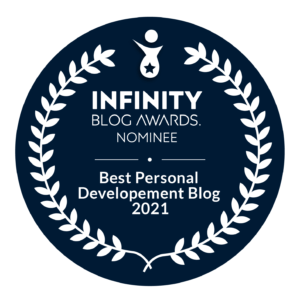