Why I created a Chore Chart for my Step-Daughter

About a year or so ago, I got fed up with Mikayla always trashing her bedroom when she would come over on the weekends. I would have to tell her to clean it up before she went home. Somehow, someway she would always get out of doing it. In the mornings the first thing she would do is jump right on the X-Box to play a game. She could play for hours. I decided right then and there she was old enough to have chores. If the chores aren’t done screen time is not to be had. This is how and why I created a chore chart for my Step-daughter, Mikayla, to do every day when she is here.

Don t get me wrong… Mikayla is not a bad child, in fact, she is amazing. But, she gets a little lazy and when I say a little I mean A LOT! Up until this last year or so, Mikayla was very reliant on people doing things for her. I mean getting her dressed, telling to brush her teeth, making cereal for her. You name it we were doing it for her. I kept expressing to Mike that she is old enough now at 9 (she is 10 now) to learn basic hygiene and basic cleaning.

This was not meant to be a labor-intensive chore list, It was to show her that she can take of herself to a certain point. It got to the point where she wouldn’t even go outside. I understand with the heat of Florida, it gets so effin hot you end up staying inside. But sometimes you need to bite the bullet and get some sunlight, Casper!

While I am working from home, she would get up at 9a and jump on the video games. I would give her an hour or so and then ask if she was hungry. I would make her breakfast and then have to remind her to eat the food because she would get sucked into the game.

You better check yo self, before you wreck yo self

I am getting off of work at 1p. She is still not dressed, still has not finished breakfast and has been on the X-Box/TV for 4 hours straight. Nope, Sorry Boo Boo that is not happening on my watch. She used to get so upset when I would kick her off the game. I mean temper tantrum, stomp into her room, slamming stuff. Oh Hell Nah! I was not going to be co-parenting a child who is 9 years old acting like she is 2.

Mikayla had a poor attitude when it came to her hygiene or cleaning the house she made a mess in. Mike and I created a song when she was about 5 years old because of the attitude she expressed. When we sang this song it would make her so mad. It made us laugh and because of that we still sing it till this day.

“Rudy McGee, Rudy McGee, You rude to everyone else and you are also rude to me…”

Why was a chore chart created?

The way Mikayla was acting, I knew I had to act fast. She needed to be humbled. She was old enough to take care of herself. How I chose what to put on the chore chart was easy. The girl needed to learn how to at least take care of her body. So that went on the chart.

She needed to start brushing her own hair and put it in a ponytail, brushing her teeth, and get herself dressed. Is was that simple? Not quite. We also needed to address the habit of leaving her plates and cups everywhere. She was old enough to get herself breakfast/lunch and wash the dishes she had used.

As she gets older we add more things that she is able to do. We have added feeding the cats. They get fed twice a day. Once when she is eating breakfast and once when we are eating dinner so they will leave us alone and not beg for food. We also added cleaning her own room, which we left up to her. Until I found she was shoving everything under her bed, in the closet or where ever she could find a spot to hide it. Hence why it now says to my standards because at any moment I could go in to check the nooks and crannies of her room. ( I don’t, but she don’t need to know that) Keep her on her toes…LOL

I also added that she needs to do things for herself like reading, being creative or playing outside. If she doesn’t want to go outside because it’s hot, then she can play with the cats inside. It keeps her active and them active. Included on the chore chart is that she needs to pick 2 chores to do that helps an adult. That would involve helping cleaning the house or if we are working outside in our garden. Some how she is helping someone else.

The chore chart is in the kitchen, hung on the wall. We have dry erase markers next to the chart so she can mark off what she has done and know what she has left to do. It’s out in the open where everyone can see it. We put it there so we can see what she has done and give her a little push if need be towards the more important tasks. We can always do the other ones another day if she is not feeling up to it, but it does affect her screen time.

Yet, if Mikayla does everything on her chore chart without an attitude. She earns screen time. When Mikayla does Daily chores she earns 30 minutes. Personal activities are worth 15 minutes and helping an adult is worth 15 as well. So at the end of the day, she gets 60 minutes of uninterrupted screen time. She can play video games, watch a movie or watch YouTube videos. This hour is not counted against her if we watch a movie together. This is her screen time to use any way she wants.

Completion of the chore chart without us having to remind her or us having to ask her for help. She will earn money to buy herself something from the store, be it a toy or her own snacks. She can either save it or use it for whatever she wants.

The chore chart is your job

I explain to Mikayla, that when I created the chore chart, for it not to be taken as a punishment. This is more of a job for her because she is not a bad child, but she is developing some bad habits. I explain to her we all have to do things we don’t want to do, so we can do the things we want to do. It is a give and take. You give of some of your time to clean or take care of your responsibilities. So then can take the rest of your day doing things you find fun.

This whole post is not to bash my step-daughter. I did not want her to become a spoiled child. Is the chore chart perfect, no… Does she do it every time she is here, no… That’s OK though… If Mike and I are having a lazy day, why should we make her do her chore chart? The only thing we do ask her to do on lazy days is to at least brush your hair and teeth.

How has the chore chart helped

As I said before the chore chart is not perfect. I didn’t expect it to be. WhenI created a chore chart for her I did not expect to see Mikayla’s attitude changing so quickly. When she sees I am cleaning the kitchen, she will pick up the living room. If I am not feeling well and laid down to get rid of a headache. Mikayla did all her chores and did all the dishes for me. I appreciated that a lot. Does she forget sometimes to do her chores, sure? I don’t hold it against her. She is 10. She still gets her treat at the end of the weekend. We know she needed a push and a little direction to be a better version of herself and not be so dang lazy all the time! Lol

I hope you guys enjoyed this post about making a chore chart for my step-daughter. Let me know what you guys do to get your kids to do chores? Do you have any tips or tricks? Let me know down below in a comment. If you want your own copy of the Chore Chart sign up for a newsletter and I will email you over a copy!

Until Next Time, Have a Great Day!

New to our service ? Get Free stuff!

Sign up to our newsletter to get updates about our blog and get your printable weekly chore chart PDF emailed to you!

We care about our users privacy and their data 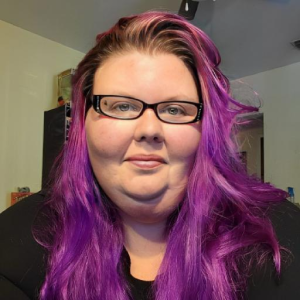 Hey Redonkulous Peeps! Its Michele here... I was born and raised in what I thought was lifeless boring Florida until I grew up and got a car of my own. I now see the adventures to be had here around every corner and I want to share it with my family as well as you guys! Join us on the adventures of exploring Florida, Food and Making family memories.

One date night to reconnect with your spouse after an argument